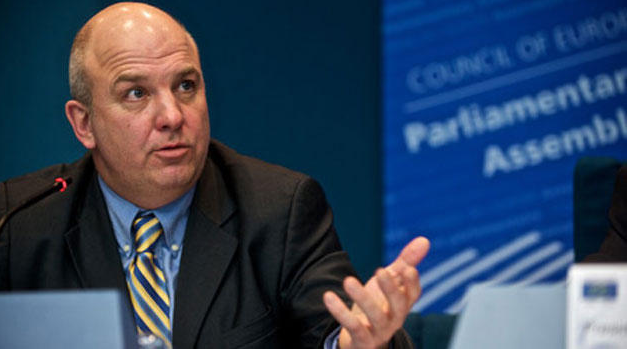 
The European Federation of Journalists (EFJ) has welcomed today the report on Hungary by the Commissioner for Human Rights of the Council of Europe, Mr. Nils Muižnieks, criticising the country’s bad media freedom records and calling for changes to the media law.

Judit Acsay, the Vice-President of the EFJ affiliate in Hungary (MÚOSZ), says “the report accurately summarises the state of media freedom in Hungary. I hope this will put pressure on the government to push for changes.”

The report published today (16/12/2014) after Mr. Muižnieks’s visit to Hungary in July 2014 has examined various aspects relating to human rights in Hungary ranging from media freedom to discriminations. Mr. Muižnieks has criticised that the media package that has been passed by the parliament has a chilling effect on journalistic freedom. He has called for changes to be made within the Media Act and an extension of the protection of journalists’ sources to freelances, as well as the exclusion of print and online media from the media register.

“The findings of this report show the extent of legal restrictions facing journalists and the media that contradicts international and European standards on freedom of expression and information. This is a clear case in which the government is abusing the law to muzzle the media.” says Mogens Blicher Bjerregård, EFJ President.

Recent media reports show that a controversial government plan to conduct mandatory drug tests of politicians and journalists with the aim to fight against drug abuses has received support from the Prime Minister Viktor Orbán.

“This is another ridiculous idea from the government”, says Mogens Blicher Bjerregård, EFJ President, “and it should be scrapped immediately.”

The EFJ calls on the European Commission to take actions on the state of media freedom in Hungary and further its cooperation with other international institutions like the Council of Europe to safeguard Europe’s democratic values and media freedom.

The report also detailed various media problems as a result of the adoption of a media package. In 2010, Hungarian government adopted two main texts on media regulation: the Media Act and the Press Freedom Act.

The Commissioner’s report listed of the impact of this “media package” on journalists’ work in Hungary :

(photo: Nils Muižnieks, the Commissioner for Human Rights of the Council of Europe – echr.dk)