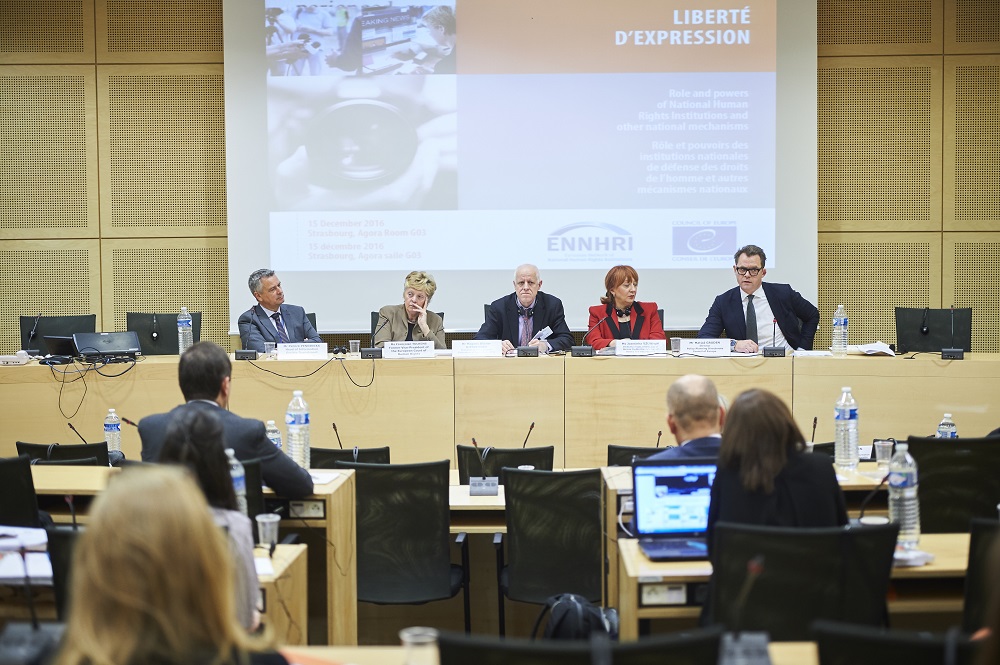 EFJ President: “We should cooperate more with Human Rights Institutions”

The Council of Europe (CoE) and the European Network of National Human Rights Institutions (ENNHRI) organised on 15 December in Strasbourg a high level seminar as a follow-up activity to the CoE Secretary General’s report on the State of democracy, human rights and the rule of law in Europe 2015. The EFJ was represented by its president. In his report, the Secretary General of the CoE, Thorbjørn Jagland, proposed a two-year Europe-wide programme to support national mechanisms to protect journalists, such as ombudsman institutions, press commissioners and non-governmental organisations. The programme pursues several goals: to strengthen the capacities of such… 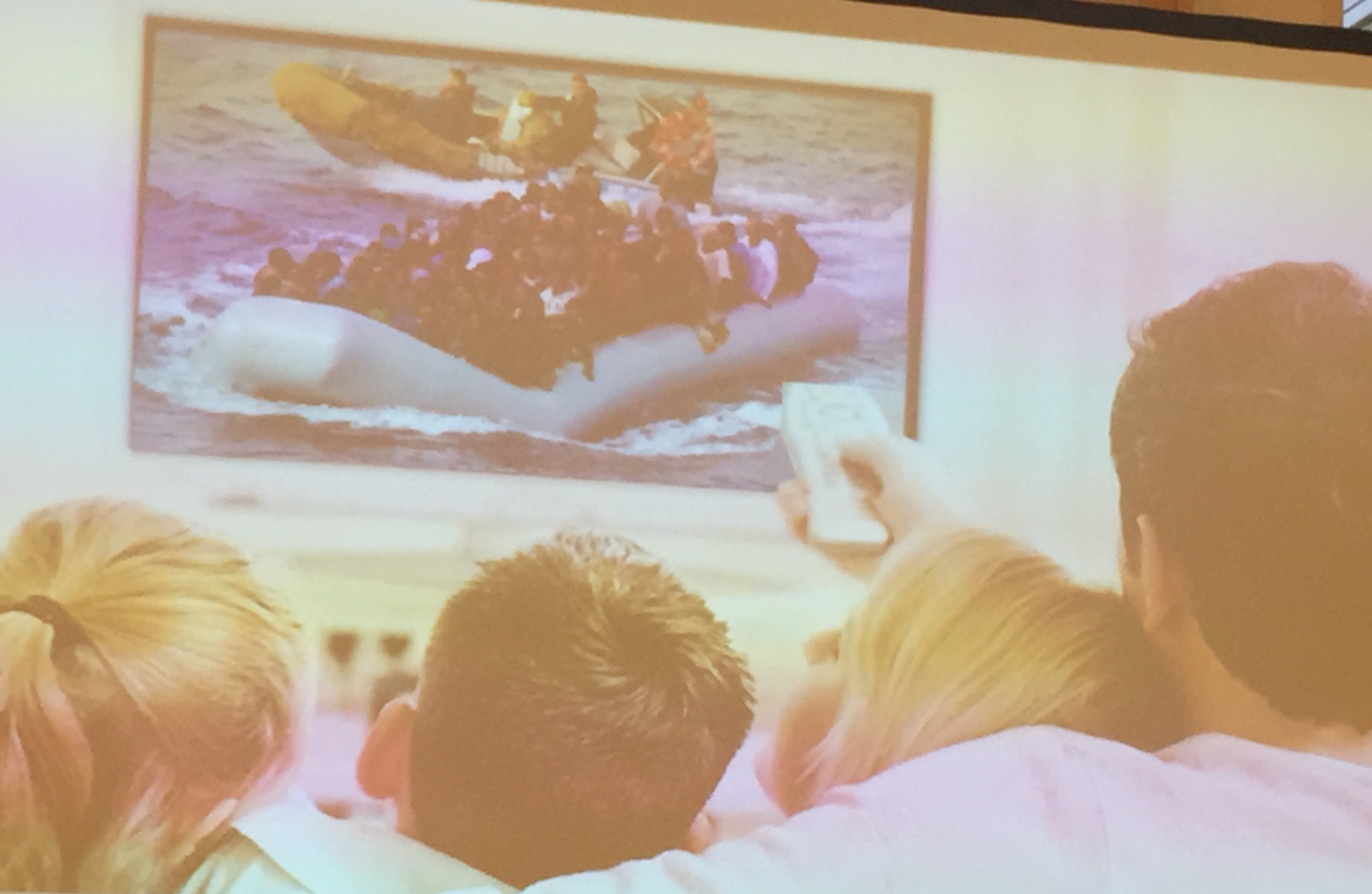 The European Federation of Journalists (EFJ) has been invited by the European Economic and Social Committee (EESC) to attend the 10th edition of the Civil society media seminar held at the Diplomatic Academy on 24-25 November 2016 in Vienna. The seminar gathered over 190 experts (policy makers, journalists, social workers, law enforcement officers, refugees, professors) and was dedicated this year to the topic “Communicating Migration”.  EESC President Georges Dassis said :”Europe’s reconstruction is greatly due to migrants’ contributions. Over the past two years, media have played a big role in our perception of the migration flows. It is thus necessary to mention the benefits… 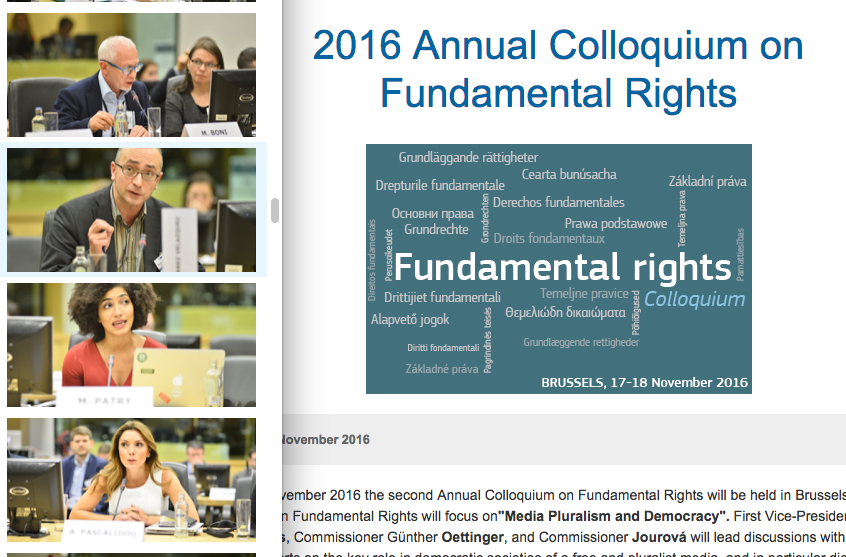 The European Federation of Journalists (EFJ) attended on 17-18 November 2016 the second edition of EU colloquium on fundamental rights dedicated this year to media pluralism and democracy. Hosted by Frans Timmermans, the European Commission’s first vice-president said in his opening speech that “being a journalist has become one of the most dangerous professions worldwide. Being a journalist is dangerous because of the physical dangers, it’s dangerous because of all the abuse you get all the time – online and elsewhere – it’s dangerous also because you take huge risks with the sustainability of your finances since it also is… 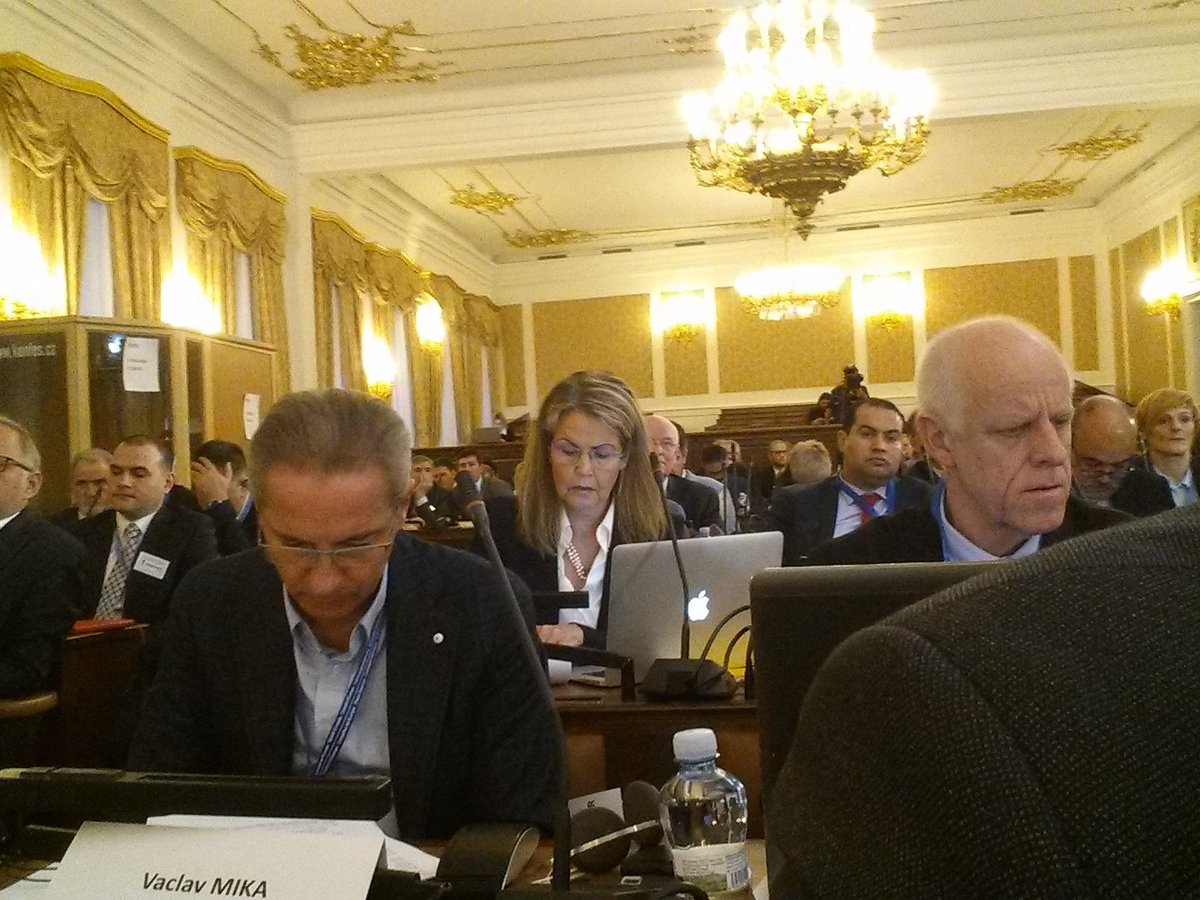 Over 100 delegates from 19 countries in Central & Eastern Europe (CEE) and beyond came together in Prague last week to discuss the need to protect the independence and sustainability of public service media (PSM) in the face of numerous challenges. The conference was hosted by the Czech Parliament in Prague, and organized by the Council of Europe, the Parliamentary Assembly of the Council of Europe, Czech Television and the European Broadcasting Union (EBU). Public service broadcasters, Parliamentarians, regulators, diplomats, academics and experts from a range of organisations including the Council of Europe, Venice Commission, OSCE and the European Federation of… 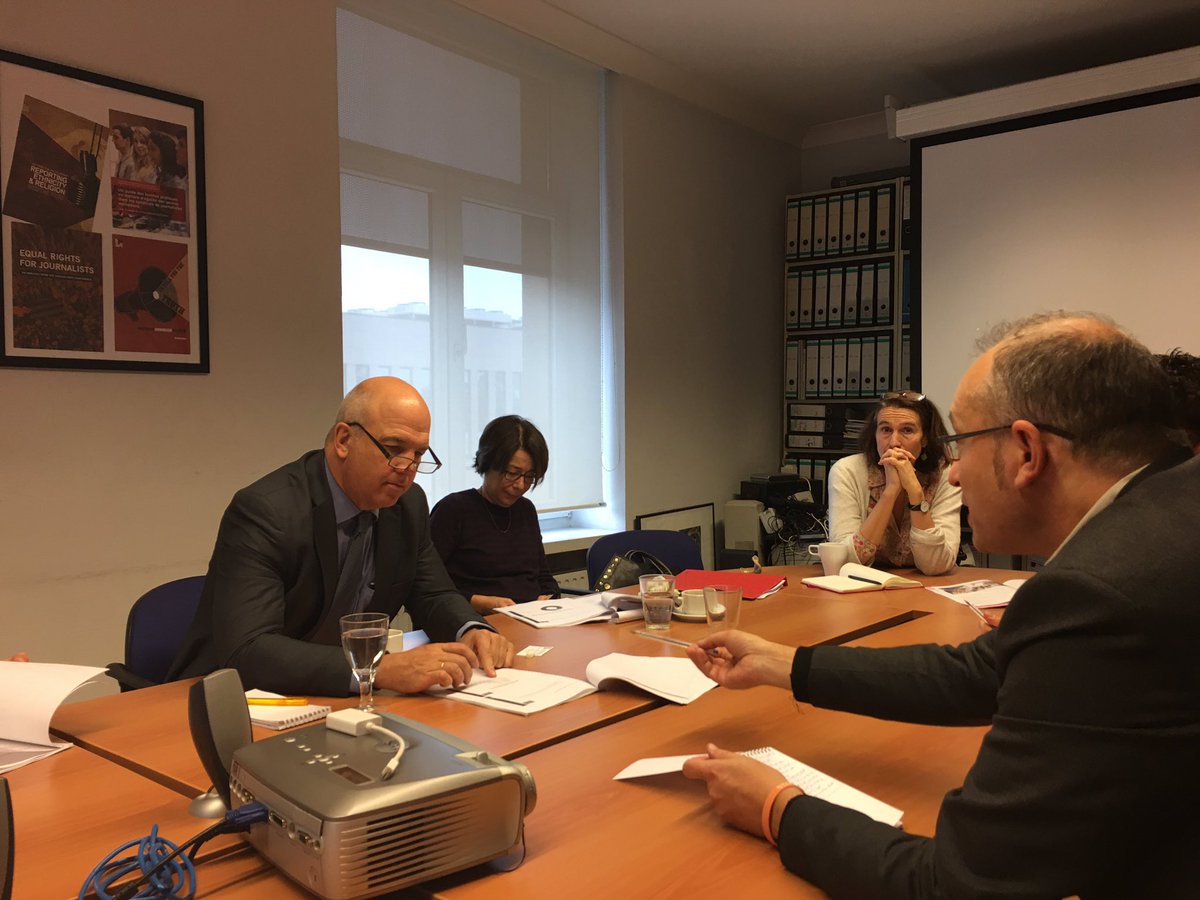 The European Federation of Journalists (EFJ) held a meeting on 9 November with the Council of Europe’s Commissioner for Human Rights Nils Muižnieks and his team at the EFJ headquarters in Brussels. The two teams discussed current threats to media freedoms in Europe especially the situation in Turkey and abuses of defamation laws against journalists in EU countries. EFJ General Secretary Ricardo Gutiérrez presented the main challenges and projects the EFJ is currently working on, namely the independence and the strengthening of public service broadcasting in Eastern Europe and the Balkans, the oppressive emergency situation in Turkey and the increase of self-censorship and hate speech in the…

Manifesto towards media policy in the service of the public

The European Federation of Journalists (EFJ) endorsed the manifesto initiated by the South East European Media Observatory towards media policy in the service of the public, which was presented on November 10, 2016. The aim of the manifesto is to find solutions to deal with current media crisis that is seriously affecting countries of South East Europe. Among the main demands of the manifesto are the initiation of the reforms, accountability of the politicians, the protection of the public service media and the uncompromising transparency of media ownership. The full report can be found here.